Fiber optic connectors are used to the mechanical and optical means for cross connecting fibers. Fiber optic connectors can also be used to join fiber cables to transmitters or receivers. There have been many types of connectors developed for fiber cable. Single mode networks have used FC or SC connectors in about the same proportion as ST and SC in multimode installations. But LC connector with smaller size and higher performance has become popular and the connector choice for optical transceivers for systems operating at gigabit speeds. The following text gives a detailed introduction of LC connector.

LC stands for Lucent Connector, as the LC connector was developed by Lucent Technologies as a response to the need by their primary customers, the telcos, for a small, low insertion loss connector. Then the LC design was standardized in EIA/TIA-604-10 and is offered by other manufacturers. 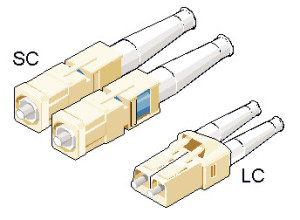 LC connector can be found in many places for termination and connection, especially SFP transceivers for gigabit transmission. For example, the optic interfaces of Cisco SFP transceivers are all LC connectors. Some other applications are as following: 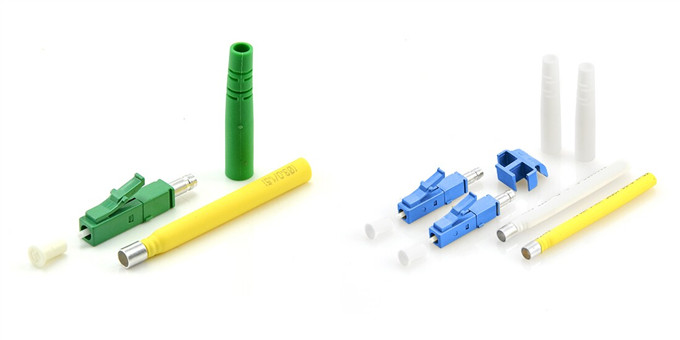