In recent years, QSFP28 transceiver module has upgraded the 100G market which can support the data transmission mode of 4×25G. Currently many data centers have already adopted QSFP28 transceiver for 100G migration. Of course, there are many other types of transceivers can transfer the 100G network, but QSFP28 modules are still considered to be the optimal choice. This post is going to present some useful 100G QSFP28 transceiver solutions for data centers. Maybe one of them is exactly what you need.

QSFP28 transceiver is designed for high-density and high-speed for applications in telecommunications. The transceiver offers four channels of different signals with data rates ranging from 25 Gbps up to potentially 40 Gbps, and meets 100 Gbps Ethernet (4×25 Gbps) and 100 Gbps 4X InfiniBand Enhanced Data Rate (EDR) requirements. QSFP28 optical transceiver has various advantages. It has a smaller size than other 100G modules, thus it is ideal for high-density ports on the switch. Power consumption of QSFP28 transceiver is usually the lowest of less than 3.5W. In addition, QSFP28 increases the transmission capacity of every lane from 10G to 25G, which can save much cost for each bit.

QSFP28 transceivers can be categorized into several types based on different IEEE (Institute of Electrical and Electronics Engineers ) or MSA (Multi-source Agreement) standards.

QSFP-100G-SR4 is the IEEE standard for 100G QSFP28 that supports short distance over multimode. It can reach 100G transmission up to 70m over OM3 and 100m over OM4. With the MTP/MPO interface, QSFP-100G-SR4 QSFP28 transceiver supports four lanes of 25G dual way transmission over eight fibers. 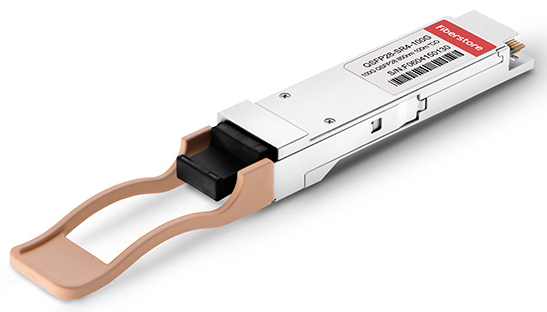 QSFP-100G-LR4 is also the IEEE standard for QSFP28 module but supports long distance transmission for the maximum of 10km over single-mode fiber. QSFP-100G-LR4 is special for adopting the WDM technologies for four 25G lanes transmission over four different wavelengths. In addition, its duplex LC interface supports the 100G dual-way transmission. 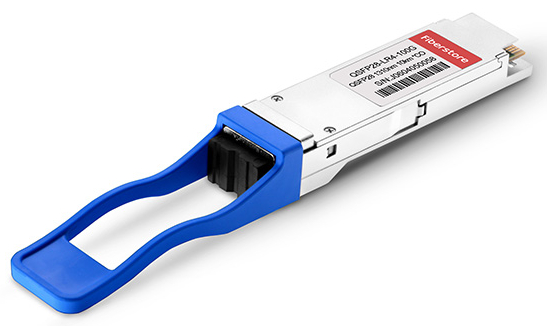 100GBASE-PSM4 is the standard defined by MSA for the point-to-point 100G link over eight single-mode fibers reaching the length of up to 500m. 100GBASE-PSM4 QSFP28 transceiver uses four identical and independent lanes for each signal direction with each lane carrying a 25G optical transmission. With the MTP/MPO interface, optical fiber ribbon cables with MTP/MPO connectors can be plugged into the QSFP28 module. 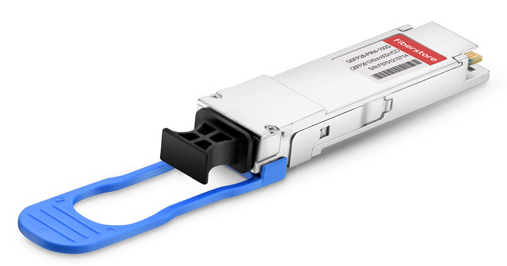 100GBASE-CWDM4 standard was released by CWDM MSA to support 100G network for up to 2km. It uses the CWDM technology to reduce the transmission on 8 fibers (4 optical transmitters and four optical receivers) into 2 fibers. This transceiver is similar to QSFP-100G-LR4 but has a shorter transmission range and lower cost. 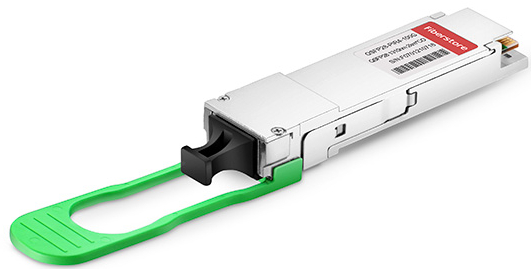 In a word, QSFP28 modules are suggested transceiver solutions for upgrading the data center 100G network. The QSFP-100G-SR4, QSFP-100G-LR4, 100GBASE-PSM4, and 100GBASE-CWDM4 QSFP28 transceivers mentioned above are the most popular ones to ensure the high-speed data transmission at either short or long distance. FS.COM offers both generic and compatible QSFP28 modules according to your demands. Other than QSFP28 transceivers, there are also many other types of 100G transceiver, such as CFP, CFP2, CFP4, CXP transceivers. For more information, please kindly visit FS.COM or contact us directly via sales@fs.com.